Hillels of Memphis means many things to many people.

View and download the most recent Rhodes Hillel newsletter

View and download the most recent University of Memphis Hillel newsletter 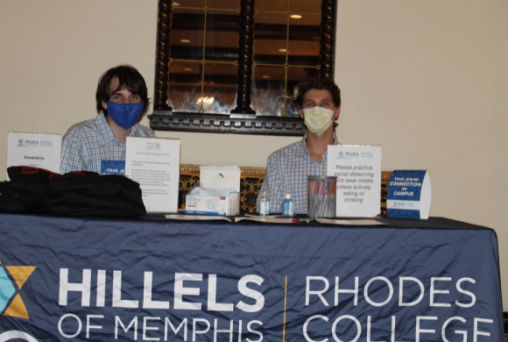 “While interviewing for the Hillel International Student Cabinet, I was asked about what my specific individual project would be upon acceptance into the group, and I responded by stating that I intended to work on outreach towards Jewish communities outside of the traditional Hillel network,” said Samuel Cross, a rising junior and Hillels of Memphis member at Rhodes College in Memphis.

“Hillel tends to be super Euro-centric, and my goal is to reach out to other Jewish communities that are rich in tradition and culture but have begun drifting away from the more mainstream Ashkenazi/Sephardic traditions that we think of. Examples include the population of Beta Israel in Ethiopia, Bene Israel in India, and Central and South American Jews. I want to find ways to bring these communities in and facilitate a closer link between groups and hard-to-reach students.”

This thoughtful response earned Samuel a seat on the Hillel International Student Cabinet, with his term beginning in July. For people who know Samuel, this exciting news should come as no surprise, as he has always demonstrated a tendency to be outgoing in his Jewish involvement. 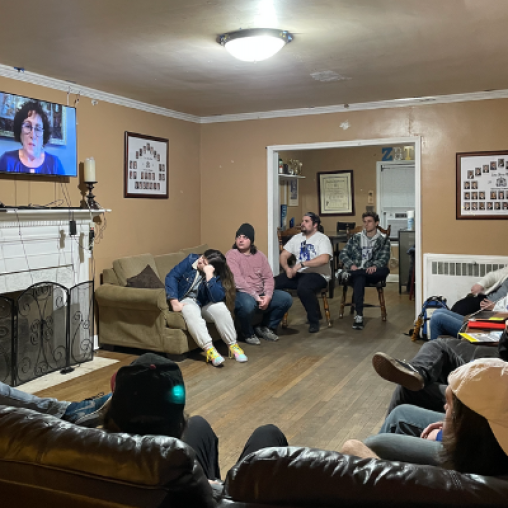 For the last several years, ZBT has partnered with Hillels of Memphis to mark International Holocaust Remembrance day by bringing meaningful educational programing into the frat house. This year Joseph Duncan, Jr, the chapter’s Programming Director and a second-semester sophomore, tapped Hillels of Memphis Director Sophie Bloch to reflect on antisemitism and curate video content to screen for a group of fifteen ZBT members and their friends in late January. 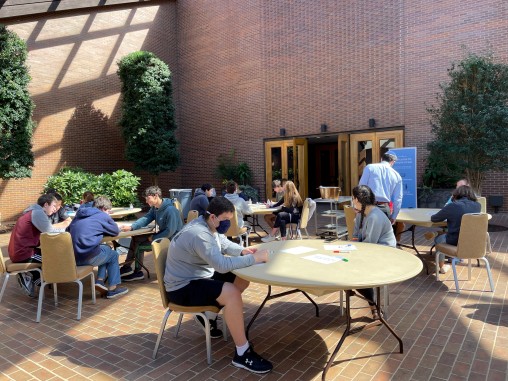 “Considering how Jewish life in college begins long before a student steps foot on their college campus, I believe that it’s important for high school students to understand the Jewish landscape that awaits them after they graduate high school,” said Sophie Bloch, the Director of Hillels of Memphis. “College is the first time many Jewish teens explore Jewish identity on their own terms, so it’s important that they feel empowered to do so, and understand the role Hillel can play in helping them along their journey.” 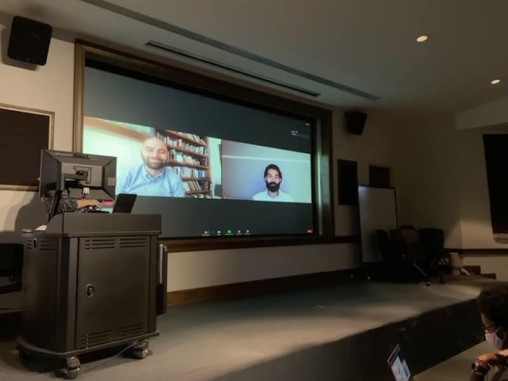 On September 30, Hillels of Memphis participated in co-sponsoring the event Moon and Stars: Supporting and Celebrating Muslim and Jewish Students. During this event, the two speakers were invited to discuss proactive strategies that students, faculty, and administrators in campus communities can use to talk about these issues and educate one another, empowering them to combat Antisemitic and Islamophobic beliefs on campus together. 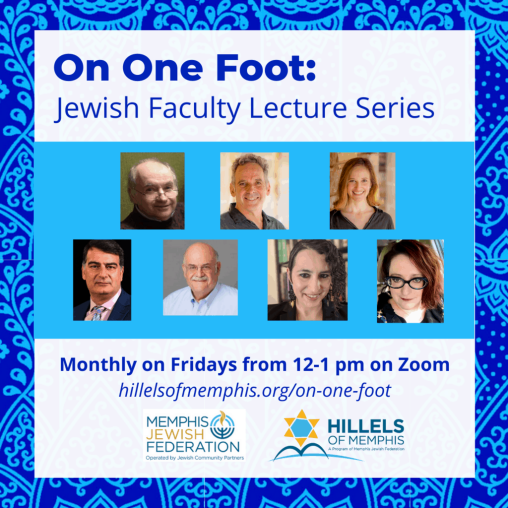 “I’m incredibly excited to continue the Hillels of Memphis Jewish Faculty Lecture Series for another season because it was so popular and well-received last year,” said Sophie Bloch, Director of Hillels of Memphis. “My hope and goal for On One Foot is that everyone leaves feeling more connected to the larger Memphis Jewish community and to Hillel as a result of this collaboration.”

Season 3’s topics are as diverse as the lecturers, whose expertise in history, mathematics, philosophy, cybersecurity, mechanical engineering, and communications will bring the episodes to life. 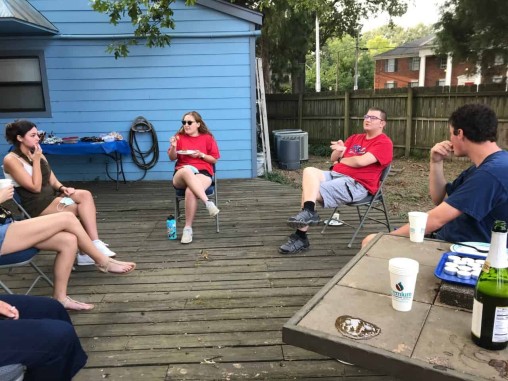 After an incredible pilot Jewish Learning Fellowship (JLF) series in the spring, twenty students participated in JLF this semester. Because JLF was virtual this semester, we were able to combine students from Rhodes College and University of Memphis into one cohort to learn together. The pandemic has put many other quintessential college activities on pause, which has left more availability for more people to participate in Jewish learning; many of the students taking advantage of virtual JLF this semester otherwise wouldn’t have been able to participate due to their class schedule, athletics, or work obligations. 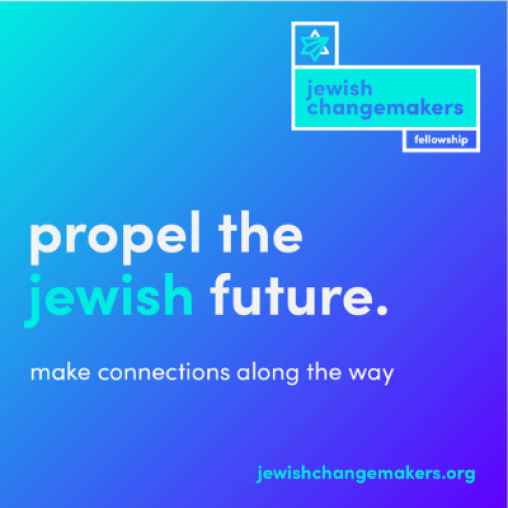 To no one’s surprise, many young adults have had to change their plans this summer because of the Coronavirus. Lots of programs are cancelled and jobs are hard to find, leaving countless young adults feeling overwhelmed and hopeless. Meanwhile, they still want – and need –  to build their resumes, meet new people, strengthen leadership skills, and tackle real issues in the world today.

Luckily there is now a unique Jewish experience to meet these needs – and earn $500 while doing so. 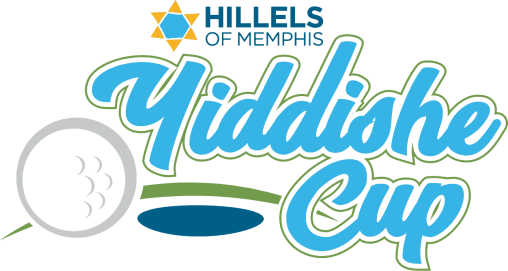 As you know, we had planned for the theme of this year’s Yiddishe Cup to be “My Hillel Story” to highlight the important role Hillel has played in developing Jewish leaders, role models and philanthropists in the Memphis Jewish community.

While we always anticipate the possibility of rain at the event, we could have never anticipated the current health crisis we are facing. As difficult as this time has been for all of us, it is surely a moment in our Hillel Story that we will never forget as the leaders of tomorrow – our current college students, whom you generously support – are shaped by the example of resilience and dedication they are witnessing from around the Memphis Jewish Community. While many Hillels around the world are suffering as a result of this crisis, Hillels of Memphis is securely positioned to carry on fueling Jewish life on campus, both physically and virtually. 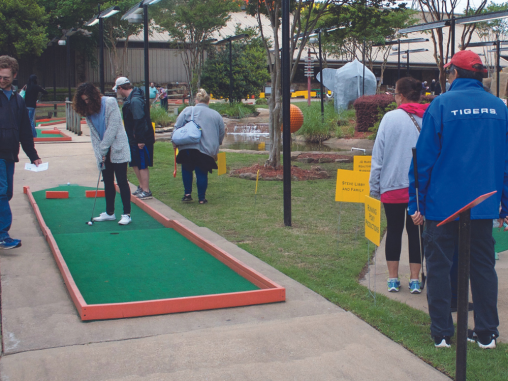 It’s time to polish up on your putt-putt skills for Hillels of Memphis Annual Yiddishe Cup Mini Golf Tournament. Enjoyed by people of all ages, this year’s challenge will be held on Sunday, April 26, at 2 p.m. at Golf & Games located at 5484 Summer Avenue.

Rain or shine, activities within the facility will be available if rain prohibits putt-putt.

The theme, “My Hillel Story,” will celebrate the important role Hillel has played in developing Jewish leaders, role models, and philanthropists in the Memphis Jewish community. Memphians are encouraged to submit their Hillel story to be highlighted in promotional materials leading up to the event and at the tournament.

Hillels of Memphis Adapts for Students During Compromised Semester 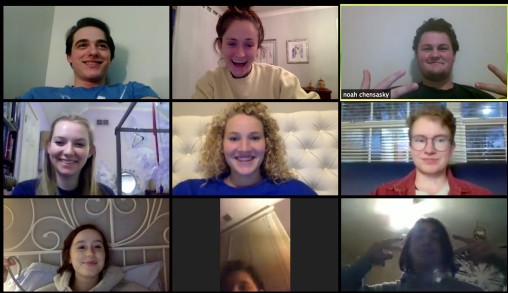 Coronavirus caused a most unusual semester for students around the world, disrupting expectations and changing plans. But Hillels of Memphis adapted quickly and, with the support of Memphis Jewish Federation and its community of donors, positioned itself to carry on fueling Jewish life on campus by jumping online.

"The college years are so special, and missing a huge piece of a semester is an interruption no one could have seen coming," said Sophie Bloch, Director of Hillels of Memphis. "But because Memphis Jewish Federation has the support of donors in the community, Hillels of Memphis is in turn supported by Federation. We were able to move many of our programs online, and even found new creative ways to bring students together, even while socially distancing."

READ THE FULL ARTICLE AT JCPCONNECT.ORG